Improvements in weatherization make sure that energy efficiency and comfort are achieved along with the longer term durability of the building. 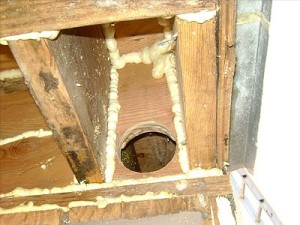 Air leaking is more difficult to find. There is nothing to see really. We can see places where air leakage happens, and we can feel when the room is drafty and cold, or hot but they can be hard to pinpoint. Air leaks cause a lot of strain in your budget and in your confidents in good insulation. The heating and cooling systems have to work much harder costing you many. Air leaks in essence cost you money.

The Majority of house require improvements in weatherization- The Majority of homes need weatherization because of problems in two areas. Not enough insulation and too much air leakage. Most of the problems for air leaks take place as the home is being built. Professionals such as plumber, electricians, and contractors make cuts. Also the materials might contract and expand as the house naturally ages.

Of course not having enough insulation is another big problem that is found in most homes.

Energy audits help to determine the rank of weatherization importance

Weatherization means a large amount of work on your house. An energy audit can help a homeowner avoid confusion.

Home Energy Audits- are definitive way to figure where the leakiness is in your home and how that will help you feel confident in home energy efficiency. The following are weatherization issues that we can help you identify.

Weatherization Plans- An energy audit creates a weatherization plan. A comprehensive audit will recognize problems and tell you about specific recommendation to save money and making your home air tight. An audit can also include other recommendation for energy efficiency from appliances, water heaters and HVAC systems. The top priority is always weatherization improvements.